Washtenaw's first reunion, held August 14-17, 2002 in Pigeon Forge, Tennessee was a rip roaring success. By unofficial count there were 39 original crew members in attendance, including two plank owners, plus many wives and other family members. Also in attendance was Larry Martin representing Washtenaw's owner, the Amphibious Forces Memorial Museum. Larry gave a presentation on the Museum's plans for the ship. Next year's reunion will be hosted by Larry Martin in Portland, Oregon at a date to be announced. 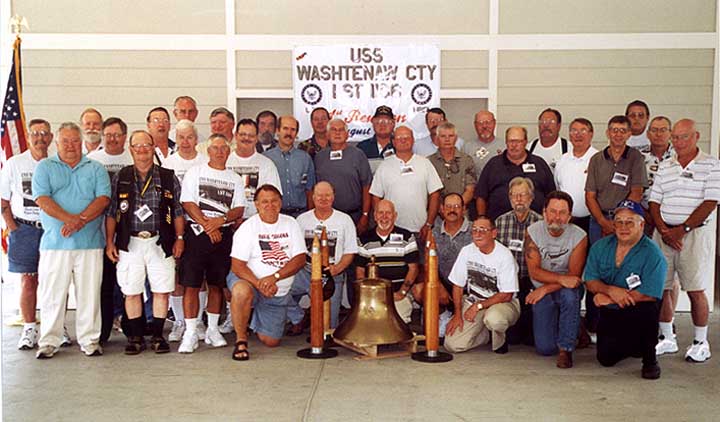 Back to reunion page